A 67-year-old Canadian named Marc Dumas became famous around the world thanks to his original companion. He has been close friends with an unexpected friend, a polar bear for 23 years and often swims with her in the pool.

Mark is a professional animal trainer and 23 years ago he adopted an unusual pet, Angie the polar bear. She is delighted to spend her time with her master and communicates with him as if he were one of her tribesmen.

The weight of this female bear is over 350 kilos and she is surrounded by people since birth. Mark personally handled her training. Now she has become a movie and advertisement star, although she got her first role as a child in 1995. The man is so accustomed to his bear that he no longer imagines how he can live without her. He says polar bears live no more than 35 years outside their natural habitat.

The man has never been afraid of animals, he loves them and they answer him with trust and love too. But with Angie, the connection is especially close, it is comparable to true friendship.

The bear is provided with everything necessary and she has the most comfortable living conditions. But at a young age, Angie had a habit of biting and the owner put a lot of efforts into weaning her from this, but at the same time he was not angry with his pet, assuring that this was her natural instinct. 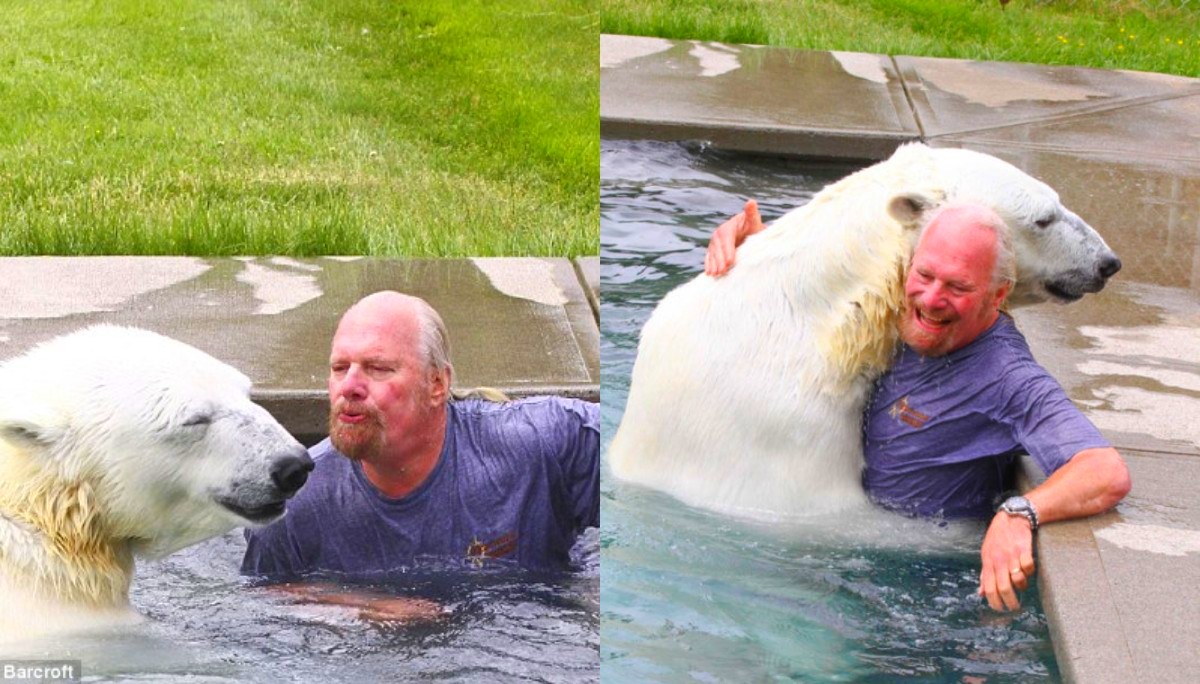