Andrew, a truck driver, had lost his gray cat companion two months ago and was overcome with emotion when he finally located him after months of searching.

He was desperately trying to find him when he got a call from an unexpected source. And that was wonderful news! He’s been traveling with his cat for the third year. In the truck’s cab, he has his own seat. 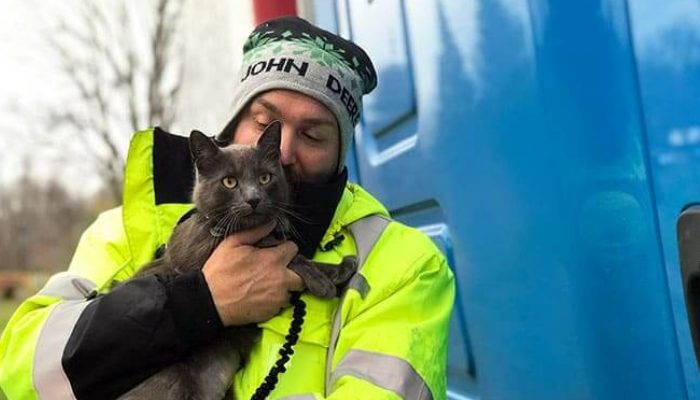 He adores going on adventures and brightens his owner’s day to the best of his abilities. He’s also smitten with the cat because he doesn’t have any relatives. He misplaced the cat two months ago while driving across Ohio in the United States’ northwestern corner. 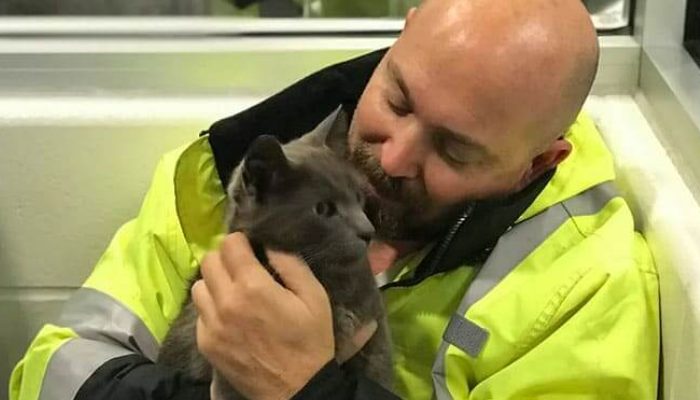 He was scared by the noise and rushed towards the woods. The cat was nowhere to be found. He has followed all directions since then in order to build a route across the parking lot, but the cat has disappeared. He got a call the other day as well. 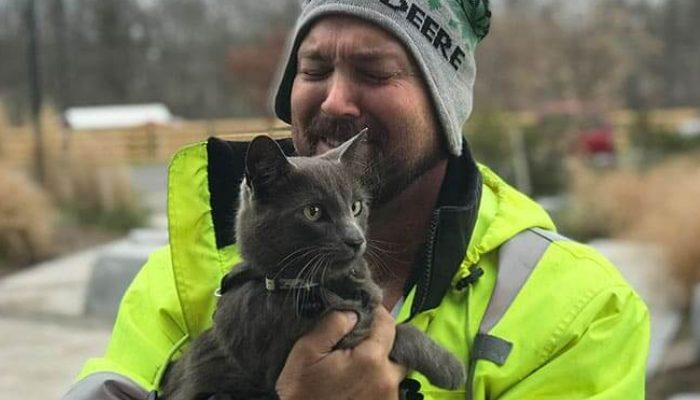 The cat was saved by a kind woman who couldn’t stand by and let a feline freeze to death. They examined him at the shelter, located a microchip, and phoned the number supplied. 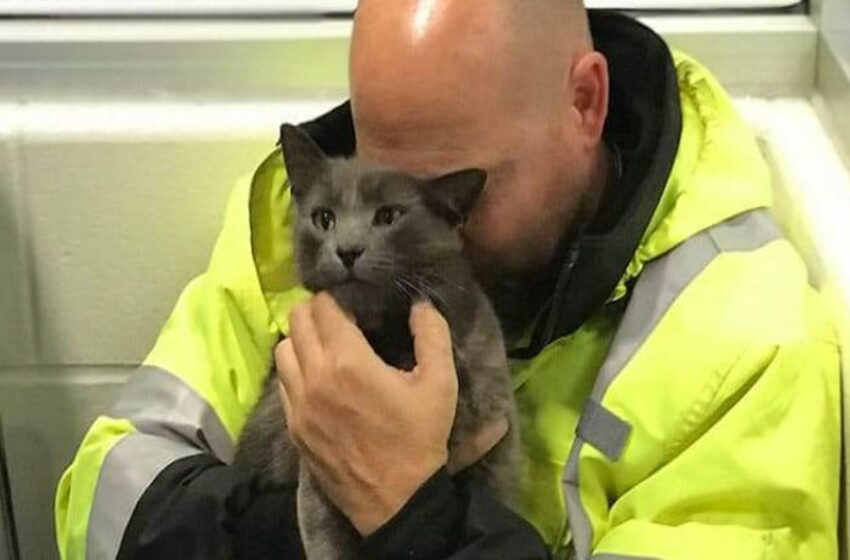 He also traveled across the country to see a friend! People who persuaded him to put a microchip in his cat when he was a kitten will be forever grateful. He considers it a Christmas present and a miracle.