A puppy named Baby lost after being taken to walk. The puppy got frightened after alarm system of the street went off very loudly and the dog run away with the owner not being able to catch it. 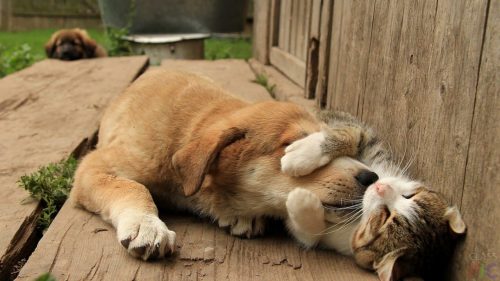 The whole family was upset about the loss of the dog and they started to search for the little lost puppy. They searched where they could but did not find the dog. 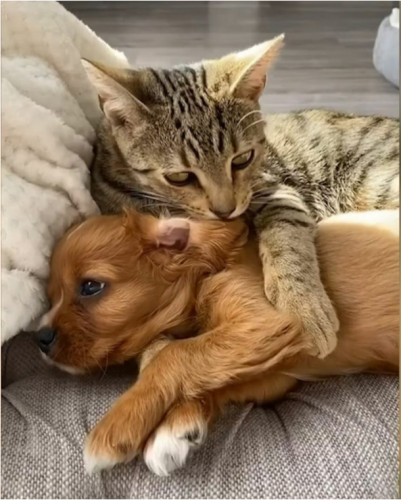 Another woman passer-by noticed a puppy from her balcony who was accompanied with stray cats. She saw that they ate together and one of the cats protected and took care of the puppy. It hissed when other cats ate the puppy’s food.

The woman noticed that the cats were doing the same thing every day and the gray cat was again protecting the little puppy and playing with him.

She told this story to her friends and among them was a friend of the owner too. She told the story to the owner who rushed to check if it was her puppy or not. The two waited for the cats and when they came the owner recognized her puppy and took her. She also took the gray cat who took care of the puppy during this time.