Wild Chinese cats are real professionals in catching rodents. They will catch the mouse, even if it has already climbed into the ditch. How? Get it out of the ground. I mean literally dig it out! It’s not about perfectionism or greed — it’s just that the kitty environment is so harsh that you should not miss a single opportunity to get food. 5000 meters above sea level, the extreme climate of the Tibetan highlands and piercing winds are no joke, you have to survive at any cost. Previously, they were called Chinese desert cats and Gobi gray cats, but today there is no data on the living of cats in the deserts, and the most correct name for the species is the Chinese mountain cat. .The lion’s share of information about the life and habits of Chinese cats was obtained by observing animals in zoos and by describing museum specimens. In the wild, mustachioed were recorded with a camera trap only in 2007. More active research on the species began in 2015-2018. At the same time, more pictures of Chinese cats in the wild appeared. Outwardly, they resemble a seasoned street Barsik — a cat weighing up to 9 kilos with tassels on the ears, rings on the tail and an eternally tormented expression on the face. Cats live alone, arrange one-piece burrows in rock crevices, under boulders, or occupy already empty dwellings. There pussies sip during the day. The peak of activity, as is customary in cats, is at night. The main prey of the Chinese are terrestrial vertebrates, in particular, rodents and large birds. In addition to night vision, Chinese cats have developed their hearing quite well. Hollow bone structures — auditory bullae, occupy about 25% of the entire skull, which allows you to hear the rustling of mice even underground. So cats rely on sounds made by their prey to find their dinner. The period of love for the Chinese begins in January-March, as for domestic Murziks. Cats do not bother themselves with the constancy of partners, couples are preserved until conception, and after that little is known about the participation of the father in family life. By May, the cat will bring 2-4 blind kittens, which she will take care of, protect and teach the basics of hunting for almost 8 months, then they live for themselves. The main threat to the extinction of cats is agricultural human activity. The fact is that earlier farmers poisoned rodents in order to save more forage grass. And Chinese cats, eating poisoned animals, died from poison themselves. Now toxic pest control measures are legally prohibited, but sometimes people act around all the rules. 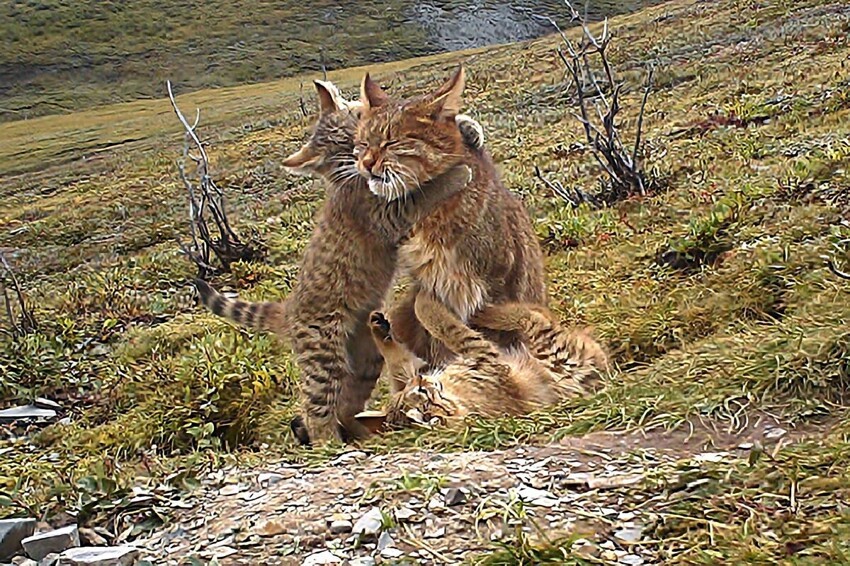 Another reason for their disappearance is poaching. The skin of a cat is used for sewing items of clothing. Domestic cats are also harming the population of Chinese cats. It’s not food competition or aggression, the reason is much more serious — love. These two species can interbreed and produce fertile offspring, which in the future promises the loss of the genetic identity of mountain cats. Simply put, hybrids will simply forget how to live and hunt in the mountains, which will gradually lead to the complete disappearance of Chinese cats as a species.