French photographer Philippe Ricordel photographed a funny polar bear off the coast of Alaska. First, she «waved» to the tourists, lying on the snow, and then swam closer and began to explore the photographer’s camera. 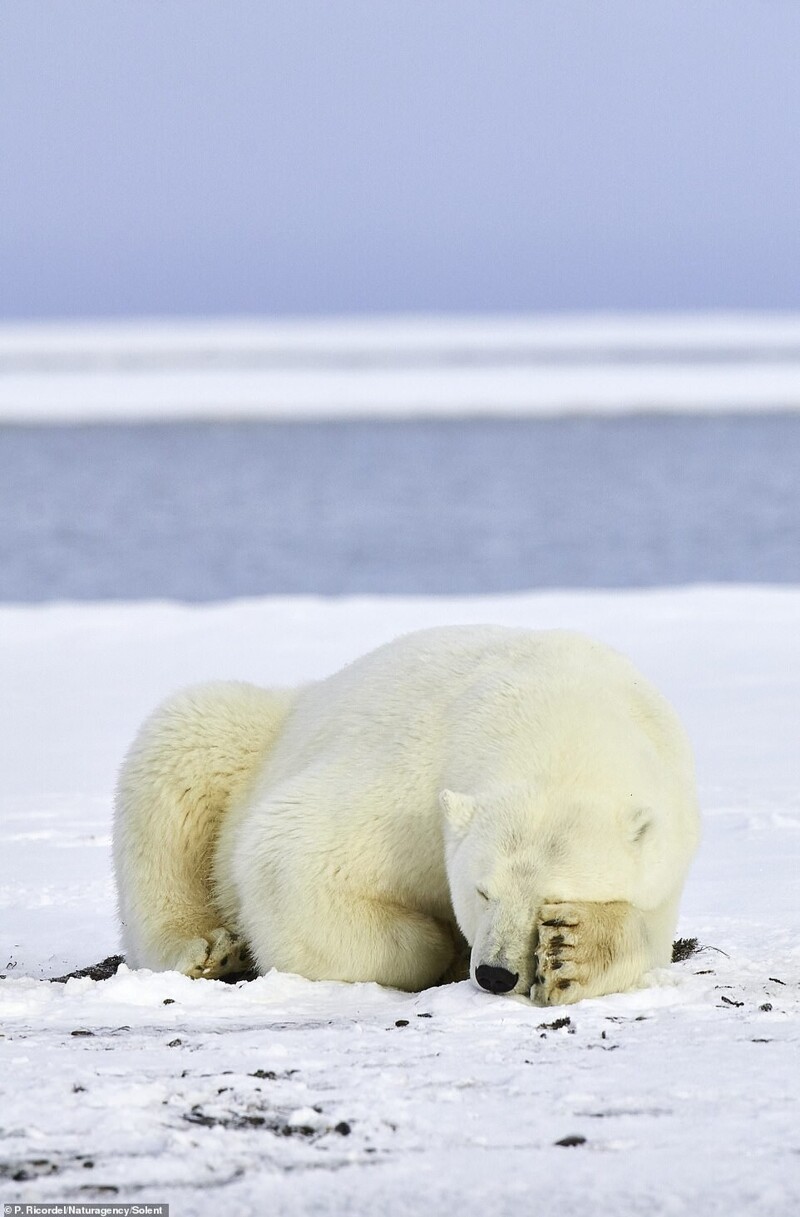 Philippe Ricordel spotted this funny polar bear while on a tour of the Arctic National Wildlife Refuge in northeastern Alaska, USA. He was at a distance of about two meters, and took several pictures of the predator. 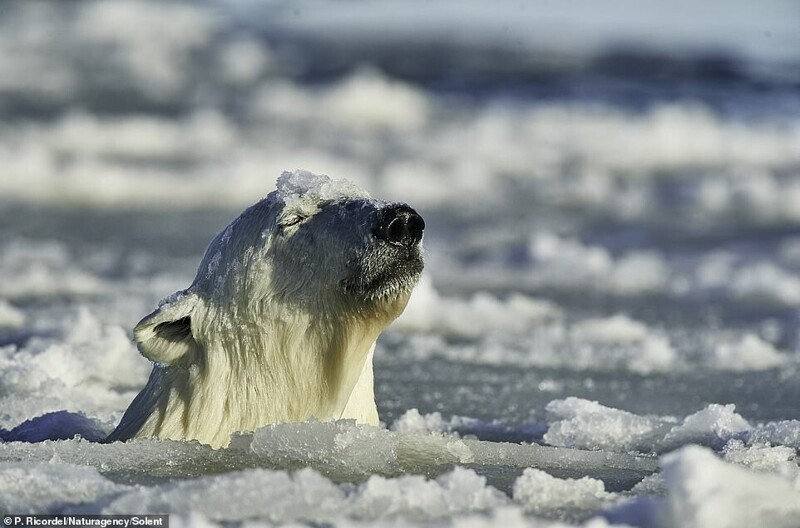 After that, the curious bear decided to swim up to the tourist boat. The photographer managed to capture her up close using a special monopod as she began to explore and sniff around the camera. 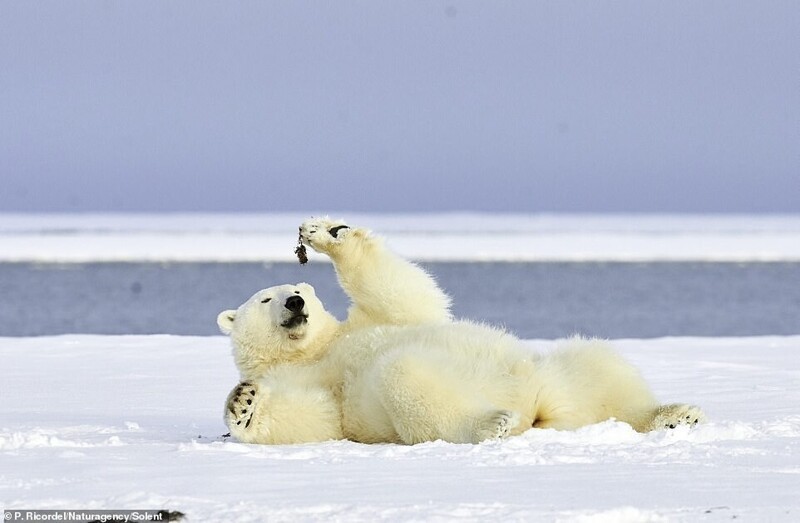 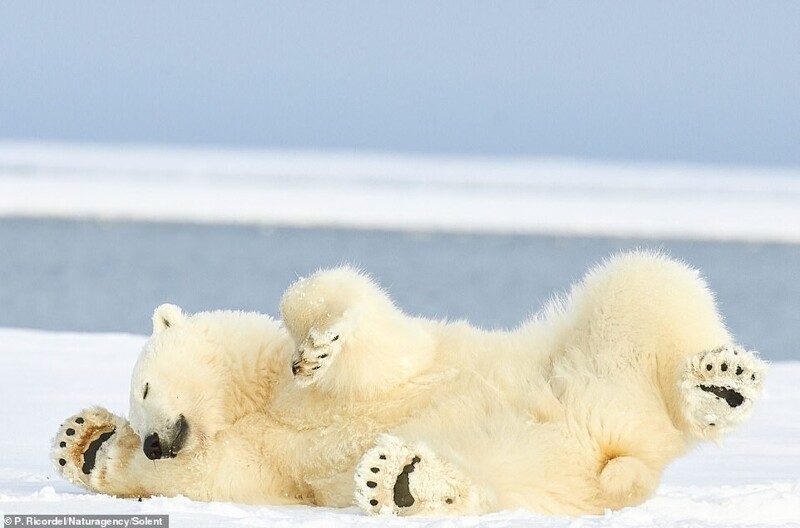 «These photos were taken from a boat, and when the bear swam towards us, I used the camera on the end of the monopod to get close-ups. This young female was curious and peaceful, but I would not advise doing the same with a large male,» — the photographer says. After the bear opened her mouth, deciding to taste the camera, the photographer removed the camera. 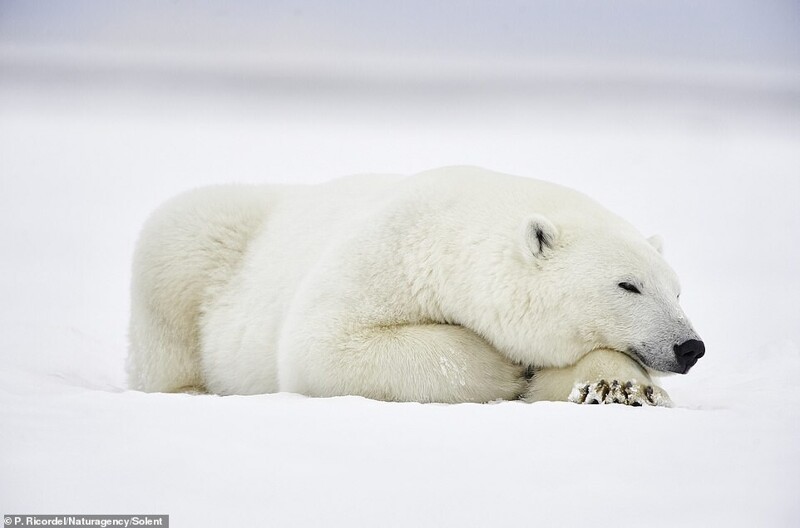 He said that polar bears are curious and not afraid of people, but you need to be careful with them and stay away.