Little girl Erin captured the hearts of thousands of users when her parents posted her video on the net. The baby is only one year old and she has not yet learned to speak. But she knows how to speak her childish language, with intonation and a lot of emotion. One day, she decided to talk to her father.

She started talking with so much enthusiasm and emotion, like she was really talking to her father about something. Every moment the child’s expression changed and she was actively gesticulating with her hands and head.

Babies of all nations have babbling; it is an innate stage of development that precedes speech. Babies are already the first attempts to speak their own language: from 0 to 6 months, children, even those born in different parts of the planet, differ little from each other in the sounds they make (cooing, vocalizations) .

But the babbling will already contain exactly the sounds of the mother tongue that the baby often hears. 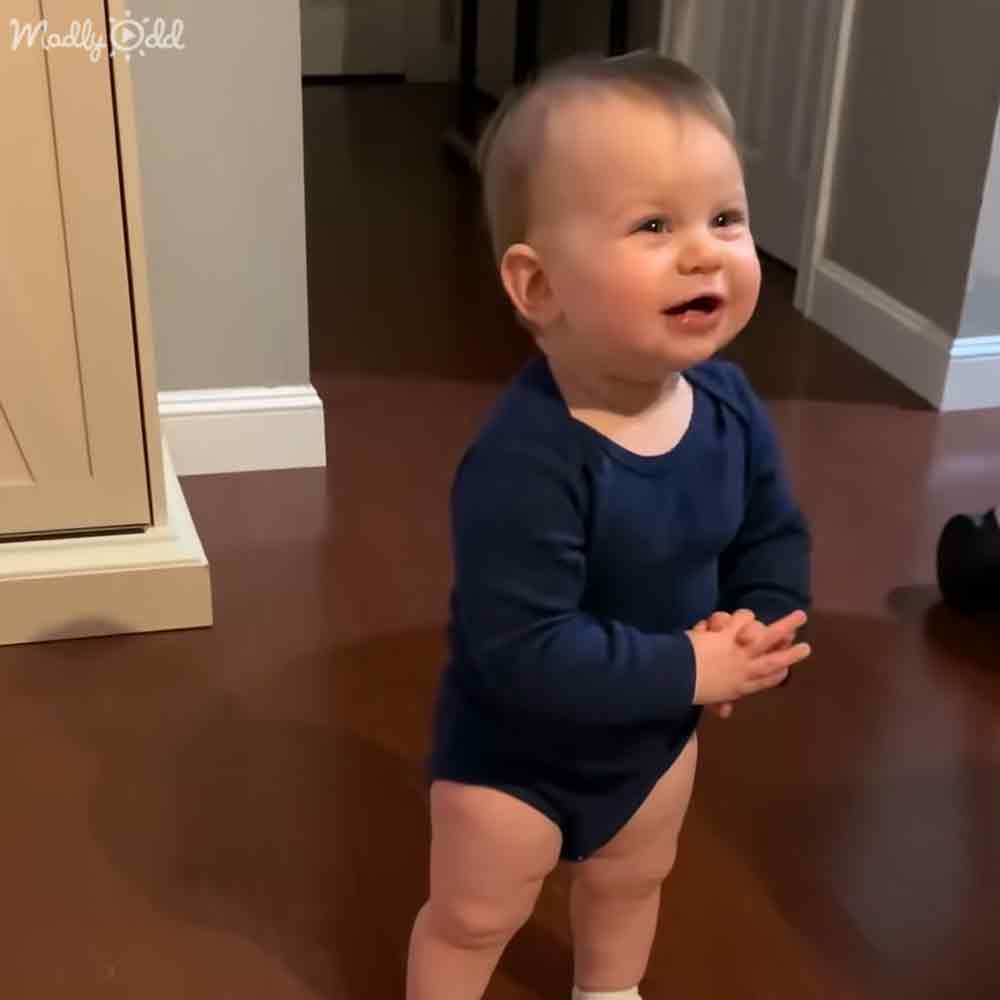 Babble is pronunciation training, as well as the initial phase of developing communication skills.

When a baby begins to babble, he sees that it attracts an adult who begins to explain something to him or is simply touched.

He quickly realizes that even such a rudimentary speech can already draw attention to him to communicate.

And the baby uses it skillfully. Already at 12 months, many children begin to utter the first babbles that already mean something.

Of course, such pronunciation is still far from ideal and understandable, but this is the first stage in the formation of normal speech. 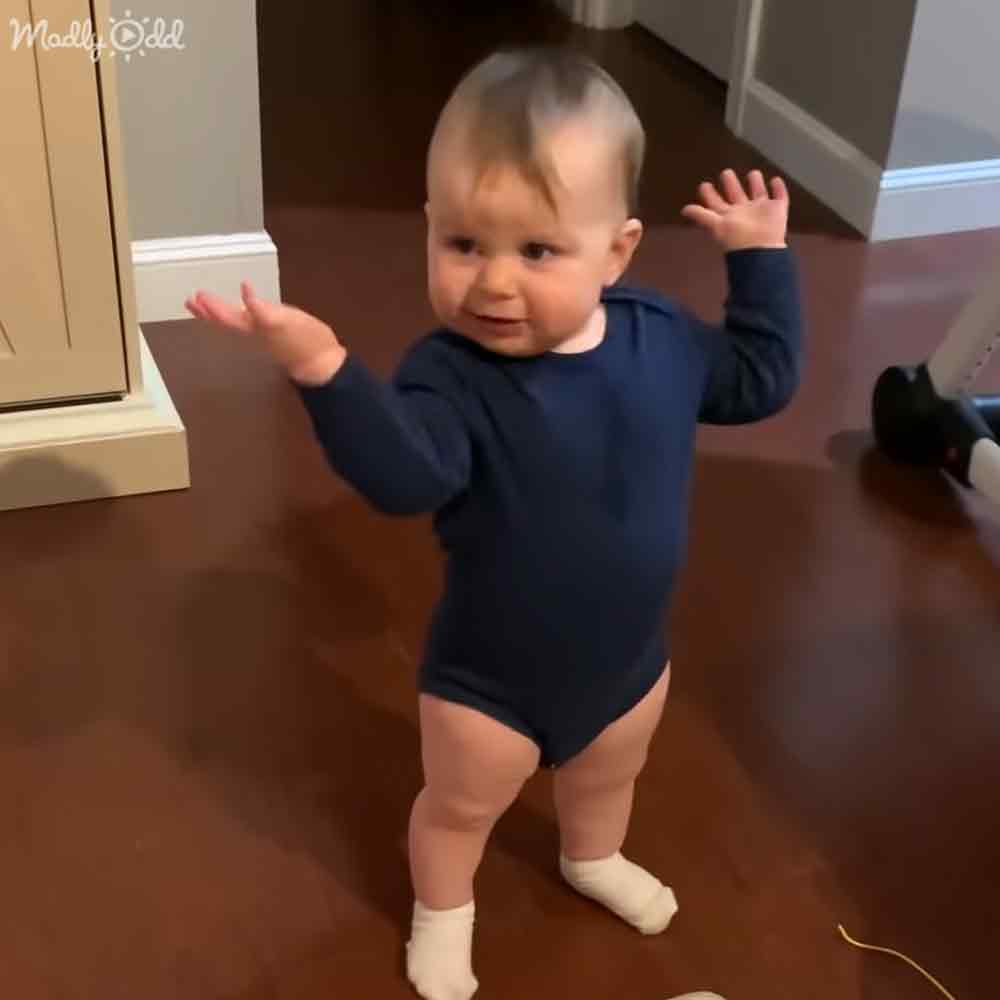 Little Erin used all of her vocal and sonic abilities to get as much of her father’s attention as possible. And when she saw that she was being listened to carefully, she started using facial expressions and gestures. It was both funny and touching.

After a long speech, the young girl sat down on the ground, as if tired of her long speech. As the girl’s father listened intently to his daughter’s performance, her mother managed to capture everything on video.

They decided to show it to Erin when she grows up and ask her what she was talking about then. Parents say that the girl grows up as an active child, she constantly mumbles and babbles something.

She also loves her father very much and can’t wait for him to come home from work to tell her another story.