Moochie, Debra Titus’ Chihuahua, was trapped in its owner submerged car in a lake in Carver, Massachusetts, after the owner drove it there accidentally! The woman was able to pick up Stitch, her other dog, but the mission to save the chihuahua was so hard! 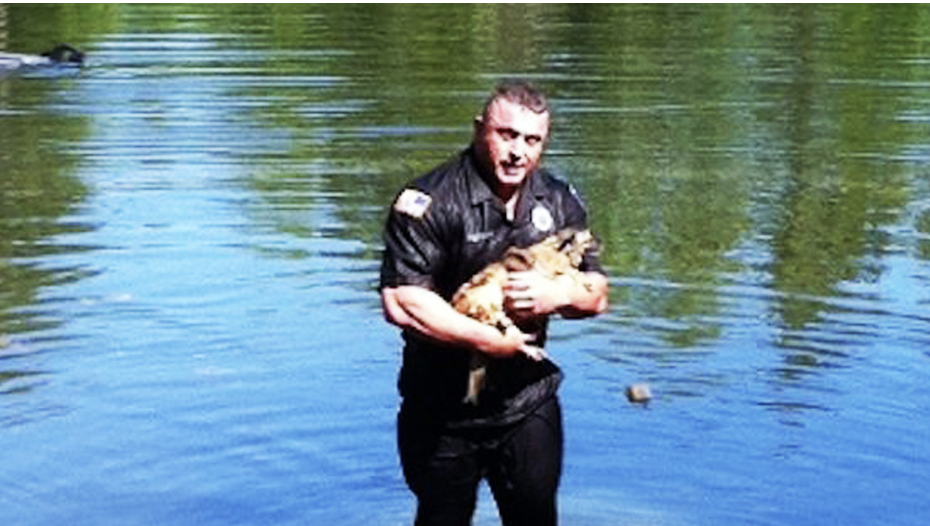 She called the authorities for help, and they directly arrived. David Harriman, a police officer, knew that he had to act immediately and jumped into the water to save the dog

Thankfully, the brave officer was able to save the poor chihuahua after opening the door! The dog was unconscious when it was saved, but it woke up in a few moments! Thanks to the brave officer, who saved Moochie from the definite death!